Nov 17th (Sun.), 8pm, antiSOCIAL (Mathuradas Mill Compound, Lower Parel) French Waves by Julian Starke (65′) Within the framework of Novembre Numérique (Digital November) and in partnership with Institut Français along with antiSOCIAL, we present a screening of Julian Starke’s groundbreaking documentary French Waves. Consisting of a series of interviews with iconic artists from yesterday and today, the film presents the younger generation’s take on French electro music. Julian traces the American roots of techno and house music, brings the ... END_OF_DOCUMENT_TOKEN_TO_BE_REPLACED 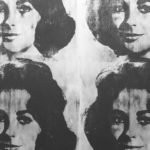 Oct 31 (Thu), 6pm, Dr. Bhau Daji Lad Museum Anthropométrie de l’époque bleue by Klein (1960)  Ten Lizes by Warhol (1963) Trois personnages dans une pièce by Bacon (1964) Anthropométrie de l’époque bleue is a monumental work of the artist which was made as part of a performance at Galerie internationale d’Art contemporain in 1960. Ten Lizes belongs to Warhol’s early period as an artist wherein he represents an icon of the entertainment industry, Elizabeth Taylor. Trois personnages dans une pièce is one ... END_OF_DOCUMENT_TOKEN_TO_BE_REPLACED 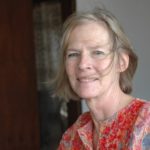 Nov 5 (Tue), 6:30pm, Theosophy Hall For seven years, a French couple have been travelling back and forth between India and France in search of their son Jean-Baptiste – a cyclist who vanished without a trace in the subcontinent whilst on a tour around the world. The writer and journalist Dominique Hoeltgen recounts the harrowing struggles and the boundless faith of this couple through her book Inde, la disparition de Jean-Baptiste. The journey is personal as well as spiritual and ... END_OF_DOCUMENT_TOKEN_TO_BE_REPLACED French for Kids! Alliance Française is a world leader in the teaching of French, and has been reaching language learners throughout the world for over 130 years . Alliance Française de Bombay offers a wide variety of language courses for young learners designed to develop your child’s confidence in French and help them prepare for official examinations. We are committed to providing the highest quality language teaching and all our teachers are well-qualified and highly experienced in teaching young learners. ... END_OF_DOCUMENT_TOKEN_TO_BE_REPLACED 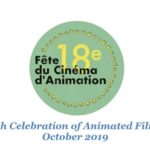 Let’s Get Animated! A Celebration of Animated Films La Fête du Cinéma d’Animation or the Celebration of Animated Films is a unique initiative with the goal of promoting animated films in France and abroad. An homage to Charles-Émile Reynaud, who is credited with being the first person to project animated films, the event takes place around October 28 every year. This date corresponds to the first public projection of animated strips in the world at Musée Grévin (Paris) on October ... END_OF_DOCUMENT_TOKEN_TO_BE_REPLACED 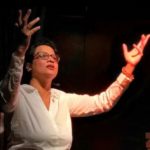 Oct 11th (Fri.), 3 pm, Marathi Bhasha Bhavan Auditorium (University of Mumbai – Kalina Campus) In partnership with Banjara Theatre and the Department of French (University of Mumbai), we bring you a solo performed reading by Rashi Bunny of a new adaptation and translation of a playscript based on Antoine de Saint-Exupéry’s Classic French novella Le petit prince which tells the story of a little boy who leaves the safety of his own tiny planet to travel the universe. In ... END_OF_DOCUMENT_TOKEN_TO_BE_REPLACED September 18th (Wed), 7 pm, Prithvi Theatre Les fauves by Vincent Mariette (83′) In the heart of summer, rumours about a feline predator start spreading on a camping site. A teenage girl decides to solve the mystery! Free and open to everyone | No registration needed | Subtitled in English Please refer to the Facebook Event via this link ♦ Trailer in French ♦ In partnership with Institut Français & Prithvi Theatre END_OF_DOCUMENT_TOKEN_TO_BE_REPLACED September 15th (Sun), 7:30 pm,  St. Andrew’s Centre for Philosophy & Performing Arts (located in St. Andrew’s College, Bandra) In partnership with Banjara Theatre and St. Andrew’s Centre for Philosophy and Performing Arts, we bring you a solo performed reading by Rashi Bunny of a new adaptation and translation of a playscript based on Antoine de Saint-Exupéry’s Classic French novella Le petit prince which tells the story of a little boy who leaves the safety of his own tiny planet to ... END_OF_DOCUMENT_TOKEN_TO_BE_REPLACED