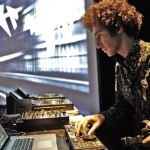 Clubbing party at BlueFrog with DJ OOF November 8th, 10 pm, BlueFrog Oof is a «DJ-director », who has directed about 60 music videos consisting of found footage clips in which he synchs music, images & sounds. The French pioneer of DVJ shows, he has given around 400 audiovisual performances abroad in the best museums around the world. The Cinemix project is a collection of reinterpretations of some of the greatest original soundtracks from the 60′s and 70′s, a crossroad ... END_OF_DOCUMENT_TOKEN_TO_BE_REPLACED 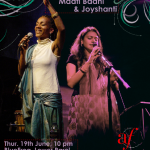 Workshop Karaoke, 2.00-4.30 pm  Let’s celebrate the World Music day together by singing famous French songs. We will offer a wide range of French tracks on DVD for you to choose and sing along with. So come on and let’s make music! Open house for all music lovers, 5.30-8.30pm Students, and members of the AFB, are you in a band, do you sing or play an instrument? Come share your talents and a musical moment live on stage! In order to ... END_OF_DOCUMENT_TOKEN_TO_BE_REPLACED