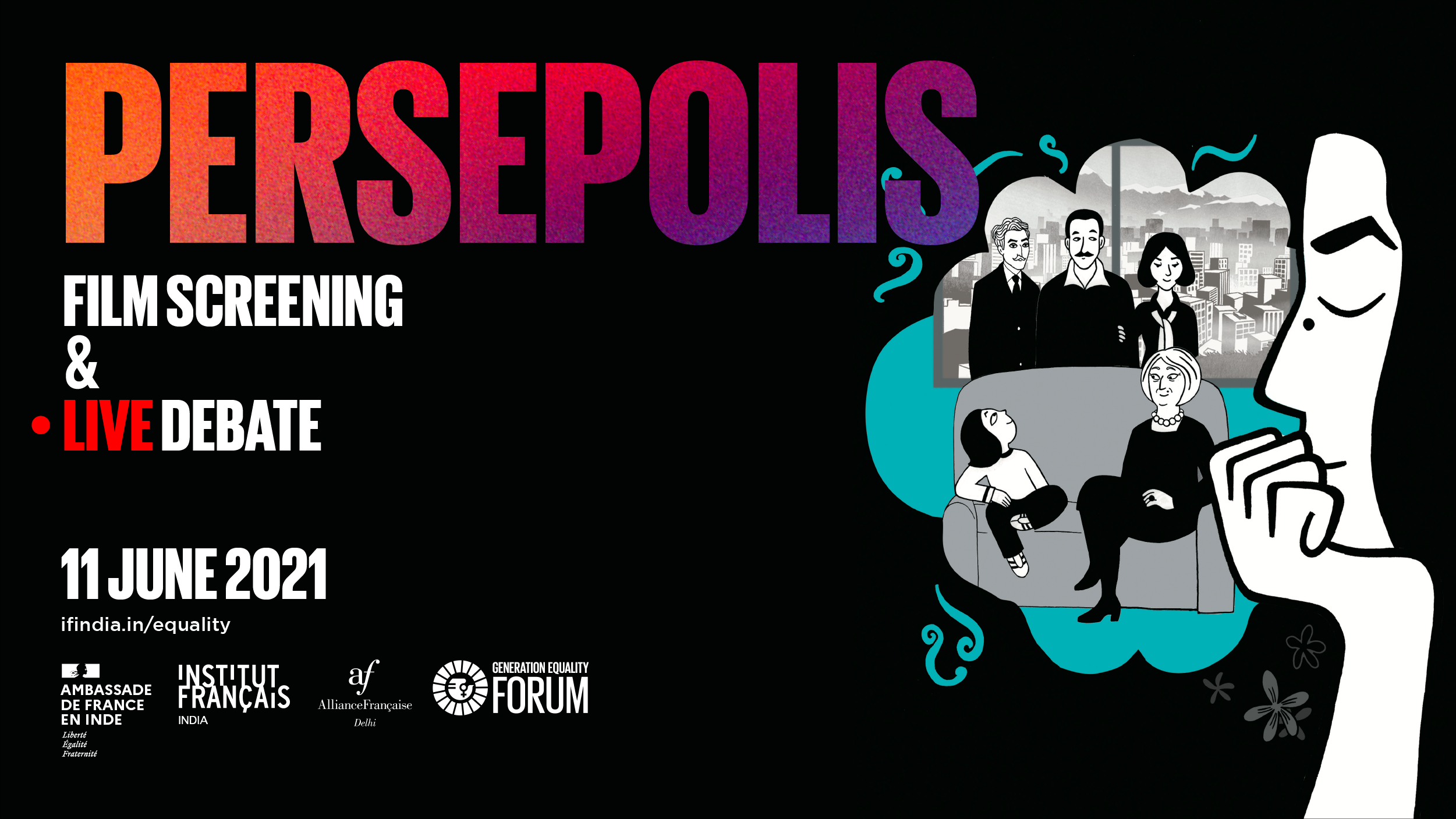 Within the framework of the Génération Egalité Forum, join us at 6:30 pm on June 11 (Fri) for a digital screening of the film Persepolis. The film is an adaptation of the semi-autobiographical graphic novel of the same name by Marjane Satrapi & tells the story of her life in Tehran – the overthrow of the Shah’s regime, the triumph of the Islamic Revolution, and the devastating effects of war with Iraq. Persepolis won the Jury Prize at the Cannes Film Festival 2007 and was named the Official French Selection for the Best Foreign Language Film.

A hindi translation of the original graphic novel is now available in India. The film screening will be followed by a live discussion at 8 pm with the Author & Director, Marjane Satrapi; the Indian publisher Aditi Maheshwari (Vani Prakashan); and the Editor-Translator Nidheesh Tyagi on the translation in Hindi and the importance of comics in France and in India. Appupen (renowned Author and Illustrator of graphic novels) will also join the discussion from Angoulême (the Cité de la BD). The conversation will be moderated by the Graphic Novelist and Artist Vishwajyoti Ghosh.

The screening & discussion are being organised in partnership with the Embassy of France in India, the French Institute in India, and the network of Alliances Françaises in India.

Organised in the framework of Forum Génération Egalité in partnership with the Embassy of France in India, the French Institute in India, and the network of Alliances Françaises in India