In partnership with Institut Français, Embassy of France in India, Prithvi Theatre and NCPA

Gates to India Song, an original work by Eric Vigner takes you on a voyage through the works of Marguerite Duras. It is a unique, theatrical adaptation of two of her novels, the Vice Consul & India Song which make up the Indian cycle.

“These texts both recount the impossible love story between Anne-Marie Stretter and the Vice Consul of Lahore at the Embassy of France in Calcutta. The works are inextricably bound. Between them there is a game of mirrors, voices, actions. I wanted to mix them all up on the stage of a theatre. I wanted the writing of Marguerite Duras to penetrate into Indian theatre for the first time by allowing Indian actors to assume the characters of their French colonists living in a literary and imaginary India”, Eric Vigner

Suhaas Ahuja, as The Vice-Consul

Subodh Maskara, as The Embassador 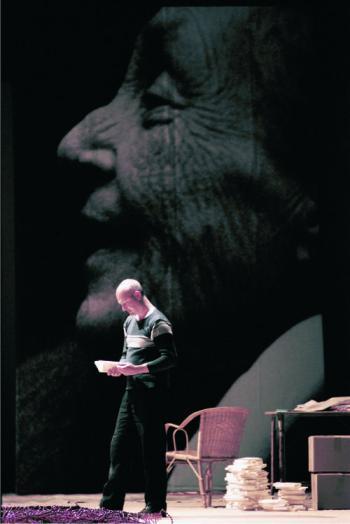