Documentary : In the Flesh

In the Flesh revolves around the lives of three sex workers: Shabana, a street-smart woman in her late 20s who works the dark highways outside Mumbai; Bhaskar, a transgender person in his early 20s who sells sex to other men in Kolkata for a living; Uma, an aging former theatre actress who still lives in the brothel in Kolkata where she earlier worked. We see their workplaces, hear their stories, see them pick up customers, persuade clients to wear condoms, fight HIV/AIDS in their communities, and battle violence through simple homemade weapons and collective action on the streets. We see their daughters, mothers, lovers, passions. See them sane, see them drunk. Tight up close, close enough to hear the glasses clink. See them bad, see them good. We see them as they really are – human beings struggling for a space in society. No more than you. No less than me. 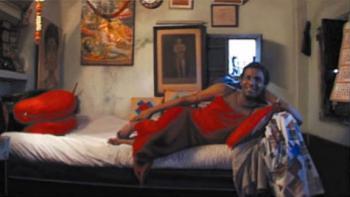