Documentary: Hear the other side 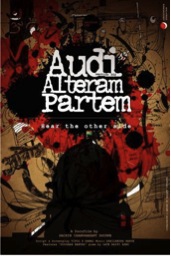 Hear the other side, by Sachin Chandrakant Shirke (81’)

The search for justice is the focus in ‘Audi Alteram Partem –Hear the Other Side’. The documentary uses the Bombay Riots cases as a starting point to discuss the Indian legal system. More than 900 people died in the communal riots between Hindus and Muslims that swept the city in December 1992 and January 1993. Politicians demanded quick action. Overstrained by the extent of violence, the police arrested seemingly at random. Numerous cases are still open to this day.

The documentary takes a hard look at police, government and judiciary – the machinery administering the law – and shows how citizens are left to wander on their search for justice.