In partnership with the Embassy of France in India, Institut Français, Novotel and blueFROG

The Scratch Bandits Crew is a group of DJs coming from Lyon. The name of the group comes from the technique they use in their sets : the scratching. The scratching is a DJ technique used to produce distinctive sounds by moving a vinyl record back and forth on a tunable while optionally manipulating the crossfader on a DJ mixer.

Scratch Bandits Crew is another approach of the scratch music embodied by Supa-Jay, Geoffresh and Syr, three hip-hop pirates who love to sail on strange seas. No samples stolen in old vinyls : the three corsairs of the scratch make a real writing work of their musics. They play or make play the sounds they want to use, and from this material, launch the building of their original compositions. They also play with the voices, whether they are soul, hip-hop or funk, put them in surrealistic montages in order to tell stories to everybody. The Scratch Bandits marry analog and digital, acoustics and electronic in a unique musical signature. New electronic lute-makings transform the shows into hybrid and mutant events.

A group compact with no weak point, such are the Scratch Bandits Crew and their shows. 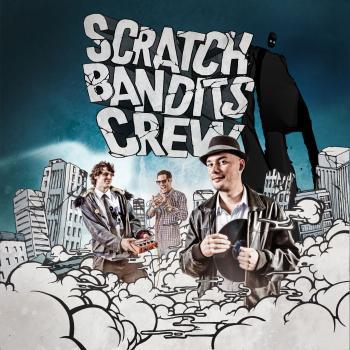