Mindscapes… of love and longing, by Arun Chadha (52’)

The sexuality of people with disabilities is often marred with misconceptions, prejudices and myths. The Film delves into the lives of a few people with disabilities as they explore their sexual identities, within themselves and through relationships. The narrative follows their journeys as they negotiate widely held biological, medical, social and cultural beliefs and try to claim their sexual rights as individuals. It attempts to deconstruct the disability and sexuality debate through personal voices and choices.

Much ado about knotting, by Geetika Narang Abbasi and Anandana Kapur (52’)

Born into a society obsessed with marriages, a young girl, a not-so-young man and an NRI couple are compelled by tradition to look for matches via classifieds, matchmaking bureaus and websites. Confronted with innumerable criteria that determine who is acceptable and who isn’t, they question themselves and their choices. As they introspect, the melee of the matchmaking industry continues.  At every turn, there are service providers who are ready to snoop, style and solicit potentials on their behalf. The Film is a light-hearted chronicle of this predicament that almost every Indian faces. 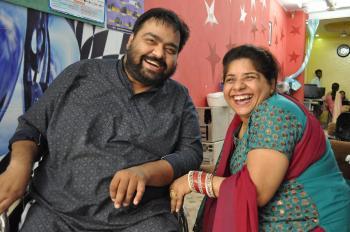