Cinema : From Literature to Film 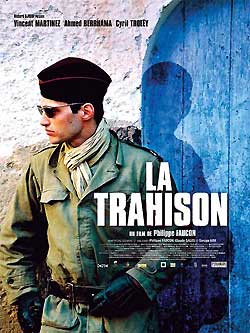 War story The Betrayal takes a timely look back to the 1960 Algerian war of independence. The title refers to the divided loyalties that threaten to tear apart a French army unit made up of mutually suspicious European colonizers and Algerian Arabs. A squadron of the French army is led by Lieutenant Roque. Nominally, everyone is French, in practice, however, the four Arabs in the unit, led by Taieb who act as liaisons between the army and the hostile locals, are doubtful President De Gaulle’s government will honor its promises. They are treated with racism within the unit, and suspicion by their European colleagues. The locals accuse them of being traitors to their country.