Cinema : A picture of You 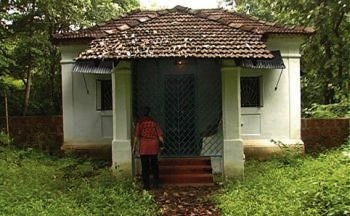 “A Picture Of You” is a cinematographer’s journey in search of his father who died when he was six years old. Through this film, he hopes to “resurrect” his father from the dead in a way that he will never lose him again. Central to this process is a reconstruction of the family black and white photo album his mother had burnt – a reconstruction not merely of photographs but also memories. He remembers very little about his father and knows almost nothing.

It is a story of a middle-class Goan Catholic family that moves from Nagpur, a town in Central India to the bustling megapolis of Bombay in the late 1960’s. From the safe cocoon of a joint-family ancestral home to the insecurities of rented one-room tenements in the city. The pressures of city life eventually takes its toll and the director, just six then, loses his father suddenly…changing his life forever.

He sifts through time and space, attempting to piece together an audio-visual montage that will coalesce to form a “complete” image of his father. But can one ever have a complete image? And what happens when the image that begins to take shape is not a pleasant one? The search turns inwards and he begins to question himself. As a cinematographer, he delves into the very nature of memory and the role photographs play in remembering. The film ends on a high – after a protracted dispute over ancestral property in Mumbai with his father’s brother, the family wins a handsome out-of-court settlement. They celebrate their triumph together in the recently won apartment.