This film was to be on a poet and his poetry. It became a story of a person who lives a poem. We try to understand the person we see the poem, we try to understand the poetry; the poet comes and stands in front of us. And as we journey through the poetry and the poet, we end up with a mirror. In the mirror, a roughly-hewn life, small, innocent… a dream-like existence, in the scrub forest, among the silent ruins, the old streets in the middle of the polis.

The poetry slowly shows us the way, and the way slowly becomes poetry. Ramashankar Vidrohi has never written poetry, he speaks out poetry. His mind works like poetry. He converses, he cries, he sings in poetry; He speaks to himself, to you, to everyone in poetry; He philosophizes, he lectures, he bores, he makes resolutions, he raises slogans, all in poetry.

Vidrohi is the poet of our unknown, unorganized, underground nation. He is the poet of those whose constituency is always bearing the cost of empire-builders, the women, the children, and the billions who lie on the steps to the centre of power structure.

He speaks in a voice of the millinea of this land’s oral traditions, innumerable poets fakir-like, the radical-outsiders, and the wild- ones who refused to leave into the forest and stayed on our “civilized” edges.

So that all of us, who try to run from our deepest silences, from our nakedest social truths, develop the courage, to manifest our collective humanity.

Loss and hope in the land of disappeared Broken Memory, Shining Dust is an attempt to depict the extraordinary journey of Kashmiri women from loss, separation, pain, anger, helplessness to hope, faith, grit and determination thrown up by tragedies and circumstances around them. The film is about ‘women in wait’ for their loved ones, who went missing in the conflict ridden valley of Kashmir, India, in the last two decades.

Woven around the life of Parveena Ahanger, a Kashmiri mother and other such women, the narrative of the film interweaves their memories of loss, pain, struggle, separation vented cathartically that have formed into a resistance movement which in practicality relives their hope to trace a clue about their missing family members. The film embarks on a narrative to share and sense their lives as they are now and were in the past, revealing hours and days of endless wait, grief, anger, resilience, devotion, resistance combined in a blanket of sisterhood and spirituality that has sprung from the time and space shared together by these women.

This or that particular person, by Subasri Krishnan (28’)

The documentary film “This or That Particular Person” is a meditation on the notion of personhood as seen by the Indian State. It does so by examining the idea of official identity documents, and in that context, the Unique Identity number (UID or aadhar) project that was introduced in India in 2009. Through the lens of the UID, the film looks at what identity documents means to people, and how the aadhar project is perceived. 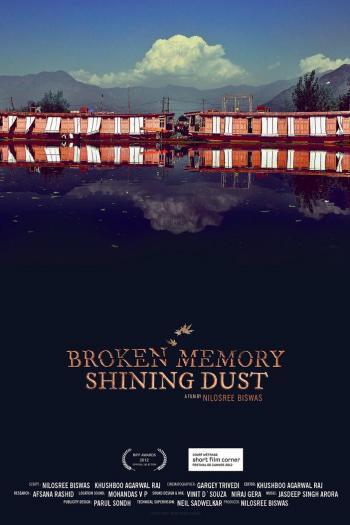